So here it is, Merry Christmas….no, wait, not that one please! Don’t worry, in keeping with the rest of Advent only two of my final set of eight choices for the remaining seven days have been chart hits. That makes a total of five out of twenty six, but I make no apologies – if you really want them the usual suspects can be found on every Christmas playlist on every streaming service! Having said that, this final set contains several of my own usual suspects, but they are so good that they deserve to be heard.

For the 19th I gave you one which I’ve featured for all five years that I have done this. It is clearly a favourite of mine, and displays my folkie roots. Kate Rusby is a folk singer-songwriter from Yorkshire, in the north of England. Her shows are full of lovely music and warm, friendly repartee, as I’ve been fortunate enough to witness. She comes from an area with a strong tradition of sharing Christmas songs and has to date released four albums of them. This is the title track from the first of those, and is accompanied by a lovely animated video – the singer in it is a very good likeness of Kate:

I went across the pond for the 20th. Continuing my choices of female singer-songwriters, I selected one from Shawn Colvin’s album Holiday Songs And Lullabies – sorry, my American friends, but I really don’t get your reluctance to call this by its proper name of ‘Christmas,’ as I said here. Again, this one is accompanied by an unofficial video, which complements the song well:

On the 21st – the Winter Solstice – I took a slightly different approach. This isn’t an obvious Christmas song, but a modern variation on the theme of a special baby with mystical powers. It seemed an appropriate choice to mark Yule:

Returning to Christian traditions on the 22nd I chose this one. I’ve seen the band perform this live and it is a magical moment. There is a video on YouTube of them from a 2004 concert DVD but I chose this version: it is the one they originally released in 1972 on their Below The Salt album, and the voice of Tim Hart can be clearly heard. Tim, sadly, died of cancer on Christmas Eve 2009, at the age of 61, and I selected this to pay my respects to him:

It being Sunday on the 23rd I kept to my habit of sharing a carol. This one is very well known and there are many versions to choose from. This, by the amazing Sinead O’Connor, is my favourite by miles, and the video is superb too:

My choice for Christmas Eve has been the same for all five years. For me, this is an absolute no-brainer and the fact that it is a lovely song helps no end! Mindy Smith deserves to be more widely known: she released five albums between 2004 and 2012, one of which – My Holiday – was a seasonal (ie. Christmas) album, and this song is from her most recent release, an EP entitled Snowed In, from 2013. Her website gives no details of any upcoming performances so it appears that she may have ‘retired’ from music – I hope not, and live in hope as she has recently been active on Twitter and Facebook. This is beautiful:

And finally to today. If you’re actually reading this on Christmas Day I thank you for being here and sharing this with me. If not, there is nothing wrong with catching up! There does seem to be a subtext of my liking for female singer-songwriters showing through my choices: this is another whom I’ve been lucky enough to see perform live, and I recommend her highly if you get the chance. She has a beautifully warm voice which is so well suited to her songs. This one is from her album Come Darkness, Come Light: Twelve Songs Of Christmas. For me this is the absolutely perfect choice for Christmas Day. Merry Christmas!

Ah, hold on. I promised you eight songs for this final compilation and if you care to count back you’ll see there have only been seven so far. I know it’s cheating, but I think I can be forgiven for adding in a bonus song for Christmas Day. This one has been a chart hit many times, including this year, but has never been the Christmas Number One – a criminal oversight by the British record-buying public, to my eyes. Even in the first year of release it only made number two, kept off the top spot by the Pet Shop Boys’ wilful destruction of a Willie Nelson song. I really think we should have tried harder! You *may* have heard this one before:

So that’s it for another year. I hope you have enjoyed my choices, especially those which may have been new to you. I do try and steer as far clear of the charts as I can, and my disappointment is that I have to leave out so many other good songs. If you are interested, my YouTube playlist is ever growing, currently standing at around 120 songs (including some alternative versions) and can be found here.

Thank you for following, reading, liking and commenting on my posts. As another year draws to a close, I marvel yet again at the wonders of modern technology that allow us to communicate like this, and to share our thoughts, hopes, dreams and, in my case, our love of music. On which point, something new for me: I will be sharing on Twitter and my Facebook page a ‘new year’ song each day from tomorrow up until New Year’s Day, when I will return here with a compilation post of these, for those who won’t have seen each daily offering as they happen. I hope you’ll join me again then. 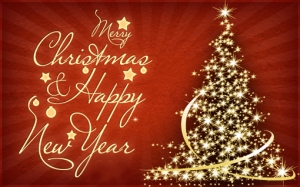 4 thoughts on “A #ChristmasSongOfTheDay Part Four”