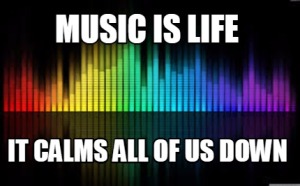 This week’s theme was kindly given to me by our government, from this headline on the front page of last Saturday’s The Times:

That was the noon update of the paper: the original headline was, simply, ‘Wear a mask.’ I mention that as it is rather symbolic of the way the government has handled the pandemic as a whole: indecision, lack of clarity, and a sense that they are unsure about what they are doing. Sure, I get it: none of us has ever seen anything like this and I wouldn’t want to be the one who has to take these decisions. But then I’m not the one who became Prime Minister by letting his ambition triumph over his ability, am I? Sure enough, by Sunday morning the vague message had been watered down again. We went from ‘we think it might be a good idea to wear a mask, but probably only where there are other people, and we’re not completely sure so we’ll get back to you on it’ to hearing Michael Gove on TV telling us that wearing a mask is ‘good manners.’ So there you have it, our government’s new message: ‘wear a mask, it would be rude not to.’

Hold on, though. Johnson is now reported as having said again yesterday that we should wear masks in shops, and they’ll be telling us something about that ‘in the next few days.’ Do you think he’s told Gove this? What should we do? Confused? You will be.

Hold on again, though: I now read that there will be an announcement later today that masks will be compulsory in shops from 24 July – if only we could have avoided all the apparent dithering and incompetence along the way, in getting to where we should already have been. But why the wait?

I don’t think it is a coincidence that the three worst-performing countries on the pandemic – the US, UK and Brazil – are all led by right wing governments who have ignored and decried the science, even to the point where two of the three leaders have been diagnosed with COVID-19. Fingers crossed for the third one, anyone? If he gets it, no doubt it will be ‘the best coronavirus, no one has had this any better than me.’ A common factor in all three countries has been their reluctance to accept the likely benefits of wearing masks. Here, they have been compulsory on public transport since 15 June, but even the pronouncement that gave rise to The Times’ headline was couched in ‘we’ll tell you what to do soon’ terms. You could be forgiven, I think, for believing that they and the other two worst-performing governments view their people as disposable plebs, getting in the way of their mates making money. These are all individual lives, and every one of them that is lost leaves friends and families in mourning. Call me cynical, but I don’t think that thought counts for much with them. Never has the great word (I have the best words) ‘kakistocracy’ been so appropriate. In case you aren’t familiar with it, it means ‘government by the least qualified or most unprincipled citizens.’ This guy somehow typifies the behaviour that results from the ignorance promoted by that kind of leadership:

I rest my case!

Now to this week’s two tunes on the theme: Mask.

I could only think of two songs that bore the theme word in their title and, unsurprisingly, neither of them was written as a message for a pandemic. Having done some research I did come across a couple of ‘songs’ specifically written for our current times, but they fell a long way short of meeting my definition of ‘good music’ so I stayed with the two I first thought of. The first of these is one which has been recorded in several versions, of which this is my favourite, by a distance. This is a performance from the Prince’s Trust concert in June 1987 and Eric appears to have assembled a pretty good backing band! See what I mean:

The song has an interesting back story. It was originally an instrumental, written by Ryuichi Sakamoto for a Seiko advertisement in 1978. Lyrics were added to it and it was released as a single by Sakamoto’s band, the Yellow Magic Orchestra, in 1979. Michael Jackson got hold of it, added some more lyrics and recorded it for his Thriller album. But it was left off the final release, and his version didn’t see the light of day until the posthumous album Michael, in 2010. In the meantime, Eric Clapton’s version was released on his 1986 album August, and was subsequently a UK single, reaching #15 in early 1987. Quite a history just for one song!

My second Behind The Mask song is this one:

That was from Fleetwood Mac’s 1990 album of the same name. To the best of my knowledge it has only ever been an album track, but I don’t think that devalues it: I still think it a lovely song, and this lyric video with images is fantastic. Like a lot of the band’s best songs it was written by Christine McVie, who took lead vocal – as band members usually did with their own compositions. The album suffered in comparison to its hugely successful predecessor – Tango In The Night – but still sold a respectable million plus copies around the world, including 500,000 in the US and 300,000 here, where it reached #1 on the albums chart. Not bad for a relative ‘flop!’ Even the Fleetwood Mac fans among you may not be familiar with this song, which I think shows how many goodies there are to be found lurking in bands’ back catalogues.

And there we have it for this week. Hopefully by next Tuesday the UK government will finally have made its announcement, won’t have changed its mind and, for once, will have given some firm, unambiguous guidance. It would be a first, but we can but hope. It will also be good for them to be following the scientific advice, to which they have previously given lip service without appearing to be committed. If you are going out please wear a mask in confined spaces: it protects others as well as you.

I’m not claiming to be giving you scientific advice in saying that, just sharing what I believe to be common sense that our government finally appears to be accepting. From the horror stories in today’s news about the rapid escalation of cases in a number of US states it would appear that we can’t be too quick in relaxing the lockdown.

Until next time, as always I wish you well and do please keep safe. Take care.