A couple of months ago I wrote in my post Mental Health Matters about the way the Clinical Commissioning Groups (CCGs) were diverting the ring-fenced funding they had been given for mental health services into other treatments, against the express instruction of the government. To date, this post has received 38 ‘likes,’ the most for any of my posts, so this must have struck a chord with many people. Just for clarification, I’m using the phrase ‘many people’ in its true sense, not in the way Donald Trump uses it to tell the UK government that it should appoint a racist buffoon as its US Ambassador.

But I digress (it was too easy a target!). Last Friday The Times newspaper ran a front page story headed ‘Nine health secretaries attack government for failing mentally ill.’ The piece related to this letter which the paper carried on the same day:

It refers to this as ‘an unprecedented intervention,’ coming, as it did, from former Secretaries of State for Health from across the UK political spectrum. It goes on to say “the decision…to speak out reflects wider concern that people with mental illnesses are neglected in a way that would never be accepted for patients with cancer or other physical conditions.” I agree wholeheartedly with this, but nevertheless this letter causes me serious concern. Not so much in the letter itself which, taken at face value, is fine, but more in the motivation of those who signed it. In effect, the letter is challenging the government to deliver on promises made – it is making a political statement in a political game, and is using mental health as the football in that game.

But is the government really to blame in this case? Don’t get me wrong, I am not a supporter of our government and the direction it is taking, but as my previous post showed, they had been making the money available, but the CCGs were choosing to ignore its purpose and use it to commission other services instead. As I also said in that piece, the CCGs were created by the wholesale changes made by the government in 2010, despite the fact that this had not been mentioned in any election manifesto, as they would supposedly be a more informed group to commission services. The Health Secretary who brought in these changes was Andrew Lansley, who is one of the signatories of the letter to The Times. Either the man is totally lacking in self-awareness or he is now getting his revenge for being sacked from the job and being ‘promoted upstairs’ to the House of Lords when even the then Prime Minister could no longer make excuses for his monumental incompetence. This Times cartoon from that time sums him up perfectly:

Blaming solely the government for the failure of support and funding for mental health services is wrong. The CCGs should also be in the firing line – arguably, at the front of it. The only thing letters like this will achieve is to provoke a political argument and, while that goes on, nothing will be done to give the additional support to mental health services that they so desperately need. It could be argued that the outcome of this letter might be that the government will tell the Department of Health to investigate how funds are being spent on the commissioning of services. For all I know they will already have done that after the report two months ago – and in any event, oversight of the CCGs and how they commission services is a regular part of the DoH’s responsibilities. Either way, we don’t need any more debate, and a letter from a bunch of people who can be too easily dismissed as being self-interested isn’t the answer. Mental health services in the UK have been under-funded for decades, and the CCGs need to recognise this. I don’t envy their decisions, as to allocate money to one service means taking it from another. But it is a question of priorities: they have been given money for mental health treatments and have chosen to use it for other services instead. This is wrong, and they should be called to account for it and required to invest in better mental health services.

The NHS in general, and mental health services in particular, have been kicked around for far too long. Turning them into a political football won’t do anything to improve that. As long as this situation continues, I fear for the future of mental health services in this country. We need someone in a position of influence to lead action on this, not write politically-motivated letters to newspapers. 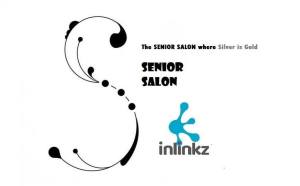