For the second episode of my resharing from the posts I referenced in 300 Not Out – A Retrospective here is the post originally written as My Mind’s Eye. This was first posted on 14 July 2013, and is notable for me both for the fact that it was in response to one of the WordPress Daily Prompts – back in the days when they were sensible and helpful – and for the time in my life that it represents. I’ll be adding a few words after the post, but firstly here’s the original:

“I hadn’t planned on posting again so soon after two posts in the past three days, as this is my 50th post and I wanted to mark it in some way. It is a bit of an event for me, as well as a surprise that I’ve kept going at this, so I’d like to thank you all for being part of my blogworld – especially those who have endured this since the early days! As you may have noticed I’ve rather taken to WordPress’ Daily Prompts in the past couple of months and today’s gave me an ideal opportunity. So here I am again! With its theme of doing the opposite of normal, the prompt reads:

I don’t think I’m capable of writing fiction or poetry so what I do must therefore be non-fiction. It is all true, certainly: I don’t believe in being creative with the truth (i.e. lying) or in jazzing things up for effect or to draw attention to myself. So that must mean my challenge is to post a photo. I wanted something with some meaning, something which was symbolic for me, and this is what I chose: 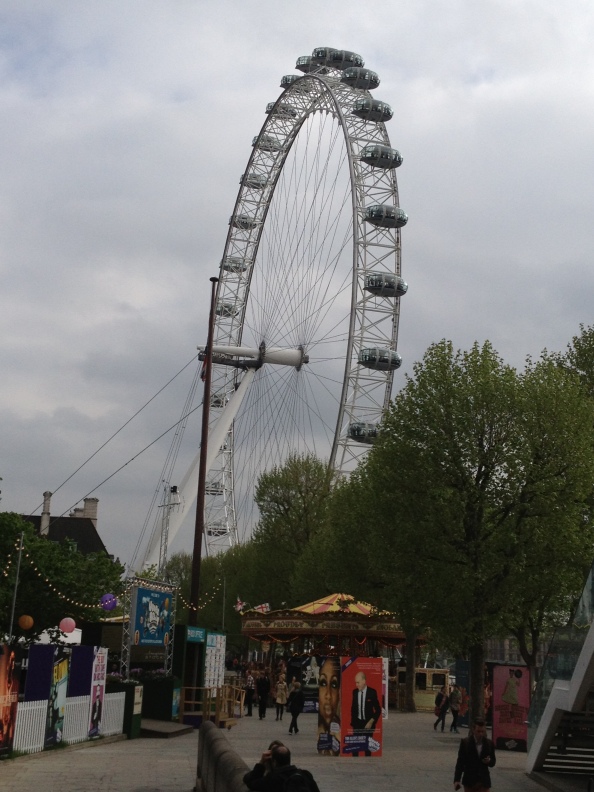 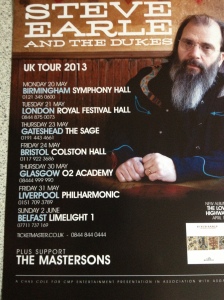 An odd choice? Not for me. I took this on a grey evening in May from the walkway at the Southbank Centre in London. I was there for one of my bucket list wishes: to see Steve Earle in concert. You may not have heard of him but he’s been one of my favourite artists since he started, which was c.1986 I think. But that’s not why this picture has meaning for me: the reason I am attached to this is that it symbolises my future.

That probably sounds strange if you don’t know the background. For all but two of the past thirty-eight years I’ve commuted into London to work. When I retire in September I plan to make London a place for leisure and enjoyment, rather than work. As I don’t have much of a head for heights, but have always liked aerial photo shots, I want to go up in the Eye to conquer my fear and to take my own aerial pictures. To me this symbolises my future: looking down over the city where I have spent so much time will, I’m sure, give me a feeling of taking control. And what is retirement if not an opportunity to take control of my life and ‘do it my way?’

The Southbank is one of my favourite concert venues. The architecture is hideous – Lasdun’s concrete period – but the two main halls are beautifully appointed with superb acoustics. As this would be the last time I was there before retiring and making my epic voyage on the big wheel, I took a few shots to remember the evening by. That is the one I like best, but I’m also quite fond of the view across the river:

And of the cute little busker:

And the view from my seat (I booked late!):

These photos are a memory of a great evening and of some fabulous music, and a lead in to the rest of my life. I’m looking ahead with a great deal of optimism and marking this new stage in my life with a ‘flight’ or ‘rotation’ on the Eye is, for me, a perfect way to do it. I may even do this on my 60th birthday, to celebrate the occasion. And there are reduced rates for the over 60s 😉”

Back to the present day. Life has a habit of throwing curve balls at you, doesn’t it? For the first couple of years of my retirement I really did enjoy London- concerts, the theatre, museums, galleries and even a bit of shopping. Not to mention my very regular visits for a few seasons to Leyton Orient, including a great day out at Wembley for the League One playoff final in May 2014 – even if the result went the wrong way. But my health has turned against me, and a long term condition has severely restricted my ability to get out and enjoy myself. It’s not life-threatening or anything serious like that, but I look back at that post ruefully, thinking of what might have been and hoping that those plans and intentions can be restarted at some point. I mentioned that I was aiming to take control of my life after retirement. That phrase has, to my mind’s eye, been seriously devalued by its appropriation to support the Brexit campaign. I had no real idea what my future would hold, though I had hopes: those who (unlike me) supported Brexit have no more idea what it means than I did! But my post resonates with me now perhaps even more than it did when I wrote it.

I did get to visit the London Eye, and will be sharing again the post I wrote about it as the next instalment in this extended retrospective. Its significance for me still remains, and one day I intend to pay another visit, and take some more photos to mark the event. Revisiting my previous post has reminded me how important our memories are for us, and also how important it is that we keep making new memories. Life is too short not to!

As a sign-off, I’m correcting my oversight from the original post. As those of you of a certain age – or with a good knowledge of great pop music – will have recognised, I ‘borrowed’ the original title from the Small Faces. I really should have given them the credit for that so, by way of apology to the sole surviving band member, here is two minutes of magic: