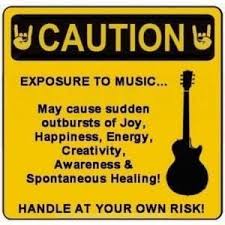 As the clue in the title shows, we are now entering week 7 of the lockdown here in the UK. Perhaps surprisingly, a recent survey showed that this was supported by 77% of the population, and opposed by only 15%. It would appear that after our recent spell of collective stupidity in elections we are beginning to develop a herd common sense at last. Sadly, it is no surprise to me that most of the noises against the lockdown seem to be coming from the wealthy and big business owners – money always talks, doesn’t it? I found it particularly offensive that one of the pleas for a government handout came from Richard Branson, whose behaviour towards his Virgin Airline staff has been atrocious, and who last year had the gall to sue the NHS for not awarding a contract to another one of his companies. I have always held that profit has no place in healthcare, and vultures like him re-emphasise the point for me. Hopefully his staff will be supported financially by the government, even if he refuses to use any of his personal fortune to do it. He can at least sit this all out from the comfort of his tropical island!

As we go into our seventh week of lockdown we are beginning to see signs of the way out. Last weekend our esteemed Prime Minister said that he would be announcing the exit plan on Thursday, only to change this to ‘next weekend’ when it became clear that new scientific advice wouldn’t be ready by Thursday. I don’t know about you, but his planning skills wouldn’t encourage me to employ him to arrange a booze up in brewery. But, on the positive side, we may just be given some clues about what needs to happen for the lockdown to be relaxed, which has to be a good thing, right? Trusting the government to get the decisions about it correct, on the other hand – not something that comes easily, given their record to date. Similarities between Johnson and Trump are often drawn: their initial inactivity in tackling the coronavirus was equally inept, and we are paying the price for that now. But I remain hopeful that signs that we have passed the peak are proved right, and that the lockdown relaxation doesn’t come too soon or too rapidly for it to be effective. Fingers crossed.

But let’s be positive! Thoughts of people on tropical islands have given me this week’s theme. Many of us will of late have been spending much more time than usual reflecting on our lives, and building up hopes and dreams – but probably not plans, as yet – for what we will do when this is all over. I’m not a traveller myself – medical conditions militate against that – but many are, and I would imagine that their thoughts will have been turning towards….escape. I promised last week that I would give you an upbeat selection and, whilst neither of this week’s tunes is a belting rocker they do, I think, capture the spirit of how we can ‘escape’ in our thoughts and songs.

The first tune is actually called Escape, though I would imagine that most will know it by the subtitle in brackets:

I hadn’t realised before that Rupert Holmes was actually born as David Goldstein here in the UK, to an American father and British mother: I’d always thought he was American. That song was no.1 in the US and several other countries, though I was surprised to see that it only got as far as no.23 in the UK: the amount of radio coverage it received at the time had left me with the feeling that it reached much higher. He was even on Top Of The Pops with it – the ultimate accolade here for a pop song. After last week’s Stephen Stills song it may appear that I’m encouraging infidelity. I can assure you that I’m not, and in any case the couple in this song couldn’t meet up at present without breaking lockdown and social distancing rules. But as escapes go, it has a nice twist to it, even if they didn’t have to travel far in his imagination to make it happen.

This week’s second song is from a singer/songwriter of whom I’ve been a fan ever since her first album, a mere 33 years ago: Mary Chapin Carpenter. I’ve featured her songs before, but not this one. This is a piece of wishful thinking taken to perfection:

The beauty of the tune is matched by the lyrics, which evoke thoughts of creative beauty in bygone days. Of course, music isn’t the only one of the arts to share in that but, as the meme at the top of the post says, it can certainly play its part! The images that MCC creates are beautiful, as is the whole feel of the song: her warm voice is so soothing, the music is understated, with the mandolin subtly underscoring the lyrics, and that accordion gets me every time! As I said: perfection. If you want to hear more of her she is one of the many artists doing lockdown performance on Facebook which, as well as herself, feature roles for her pets too – they are adorable, especially Angus.

As always, I hope you’re keeping safe and well and doing what your government is telling you to do. I know they are an easy target but despite my criticism of them I know that they are trying to find solutions to all of this, and we don’t help if we ignore their advice! Take care, and I’ll see you next Tuesday.